An Apple for New York 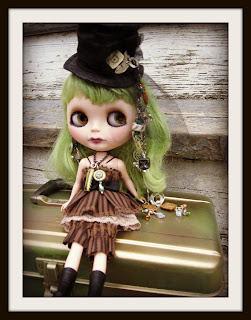 Blythecon 2013 in NYC is happening in October. For a lot of reasons, I will be there, but really I am just excited to see the many people who love Blythe as much as I do. Jean Yates 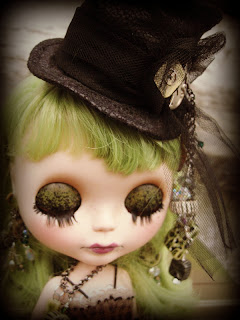 and I wanted a super duper donation to give this year that would be a cool gift for someone attending Blythecon this year, but would also be reflective of the things we like to do. 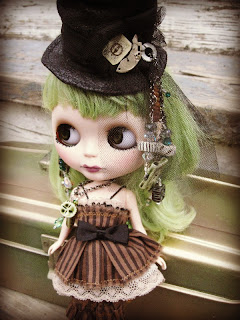 Jean likes to make cool jewelry and give things to people. I like to customize dolls and make outfits for them. While I was on a trip to Syracuse this past week, I was emailing her from my phone while hanging out in the car watching John drive. We decided on Apple, which is a green-haired doll Jean sent to me with a load of jewels fit for a queen. 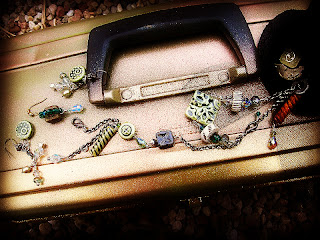 I did a faceup for her and a couple sets of eyechips (she already had some really pretty ones she arrived with) and gave her a steampunk costume. Jean sent so many things, I wasn't completely sure I could get them all on her and also get them in photos. I think I did pretty well. 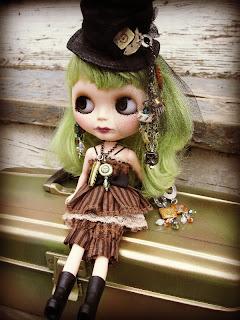 There was one really long belt piece that I used as a drop on the little top hat she is wearing. It is like a drapery pull with class. I think it goes with the overall theme and makes her especially ornate. The rest of the stuff includes earrings, a necklace, some wonderful pullcharms. 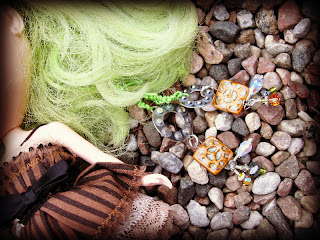 This girl is not going to leave here wanting, that is for sure. I got a vintage metal toolbox and sprayed it randomly with metallic and green paints, and she will ride in that as her time machine, to New York City. 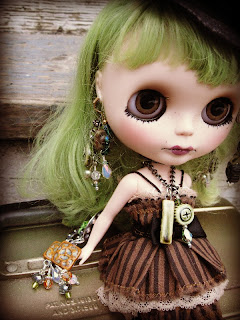 Jean and I will both be there, along with a motley crew of dolls and people. If you are going, plan to stop by and say "hi". 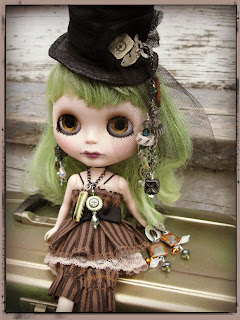 We will be at a table set out for our For the Love of Blythe project. Hope to see you there. 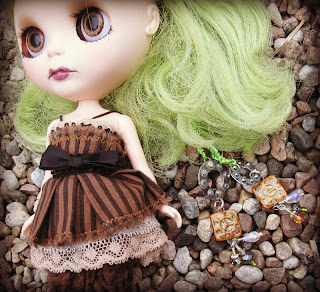