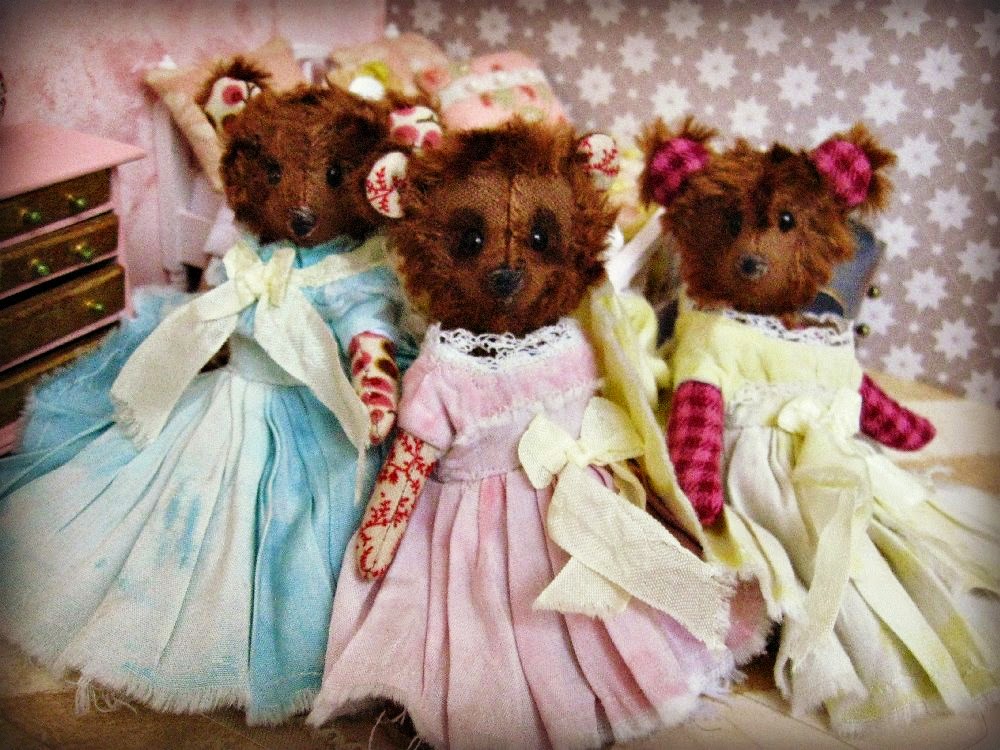 This week I was thinking about 3 bears.  Not the Mama, Papa and Baby Bear of Goldilocks tradition.  3 sister bears.  I wanted something a bit primitive. I like primitive bears better than modern bears.  They look more like people to me.  With personalities, maybe a little grumpy.  I gave them the last name Rockford and named them all after rocks. 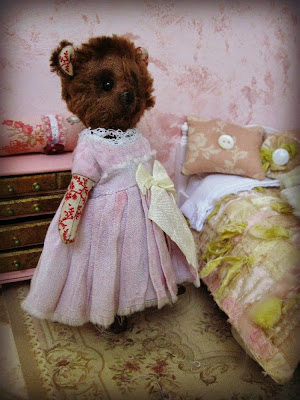 I had some Blythe dresses laying around that I have always loved and had been saving out for something.  The bears spoke up first, and they got them.  Happily, they fit into some of the Blythe clothes.  First bear here is Pearl.  She is wearing pink.  She is the oldest sister, since I made her first. She looks oldest anyway.  She has quite a bit of concern in her face.  Less carefree than the other girls. 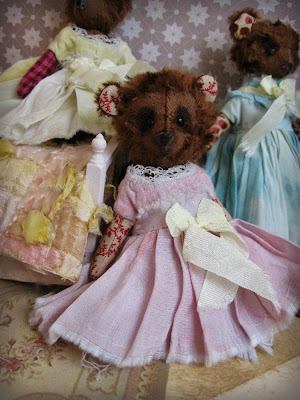 I gave her the pink dress because she is oldest and she got to choose first.  These bears are made from a luscious Schulte rayon that I have been using for bears and mice.  It is hugely expensive, but so nice.  Just very soft.  It is distressed, so not perfect, but rather perfect for primitive styled bears. 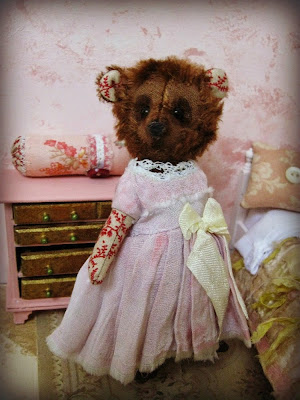 I think Pearl  might be my favorite.  Being the oldest sister to 2 other bear girls has got to be a challenge.  What do they do when they fight, after all? 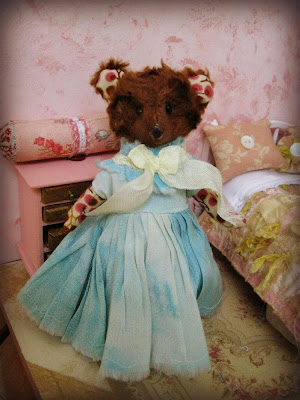 Next is Opal.  Her dress is a little different than the other 2 girls.  It has a ruffle at the neck rather than lace.  It is very, very full, and a lovely shade of turquoise blue.  The rayon on these dresses has been distressed and laundered a bunch, so has a very vintage feel.  The colors are very nice as well. 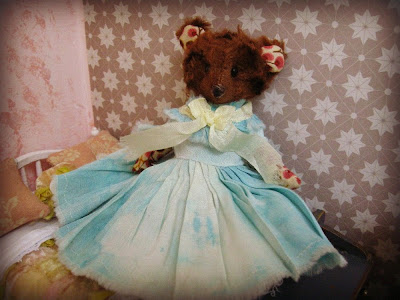 Opal is the middle sister.  Middle sisters sometimes get hand-me-downs.  Not Opal.  She gets a fancy blue dress.  She is quite proud. 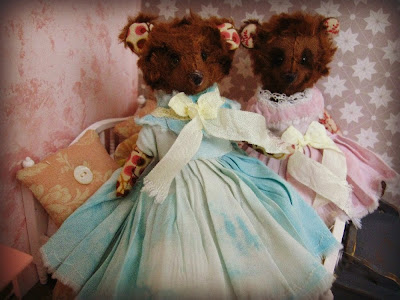 She gets along well with her sisters, for the most part.  It hard for her to choose which is her favorite. 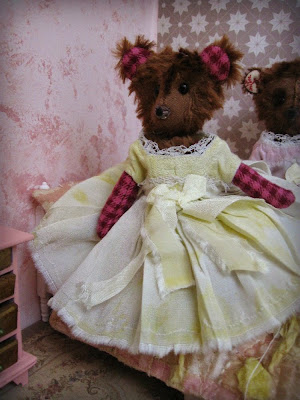 Third sister is Ruby.  She is the sweetest of the 3 bears.  She is the youngest.  The big sisters treat her well.  She gets a pretty dress that is like Pearl's, except yellow.  It gives her a fresh, youthful look. 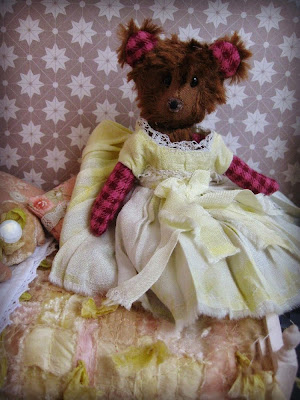 Like the other girls, Ruby is more of an inside girl than an outside girl.  Once they discovered the bedroom furniture, the bears could not be pushed out.  The rats are going to have to share. 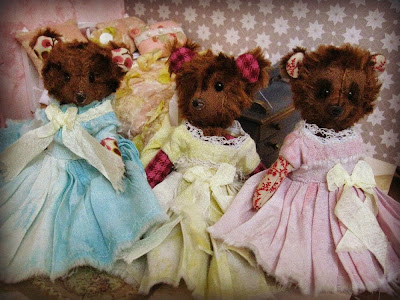